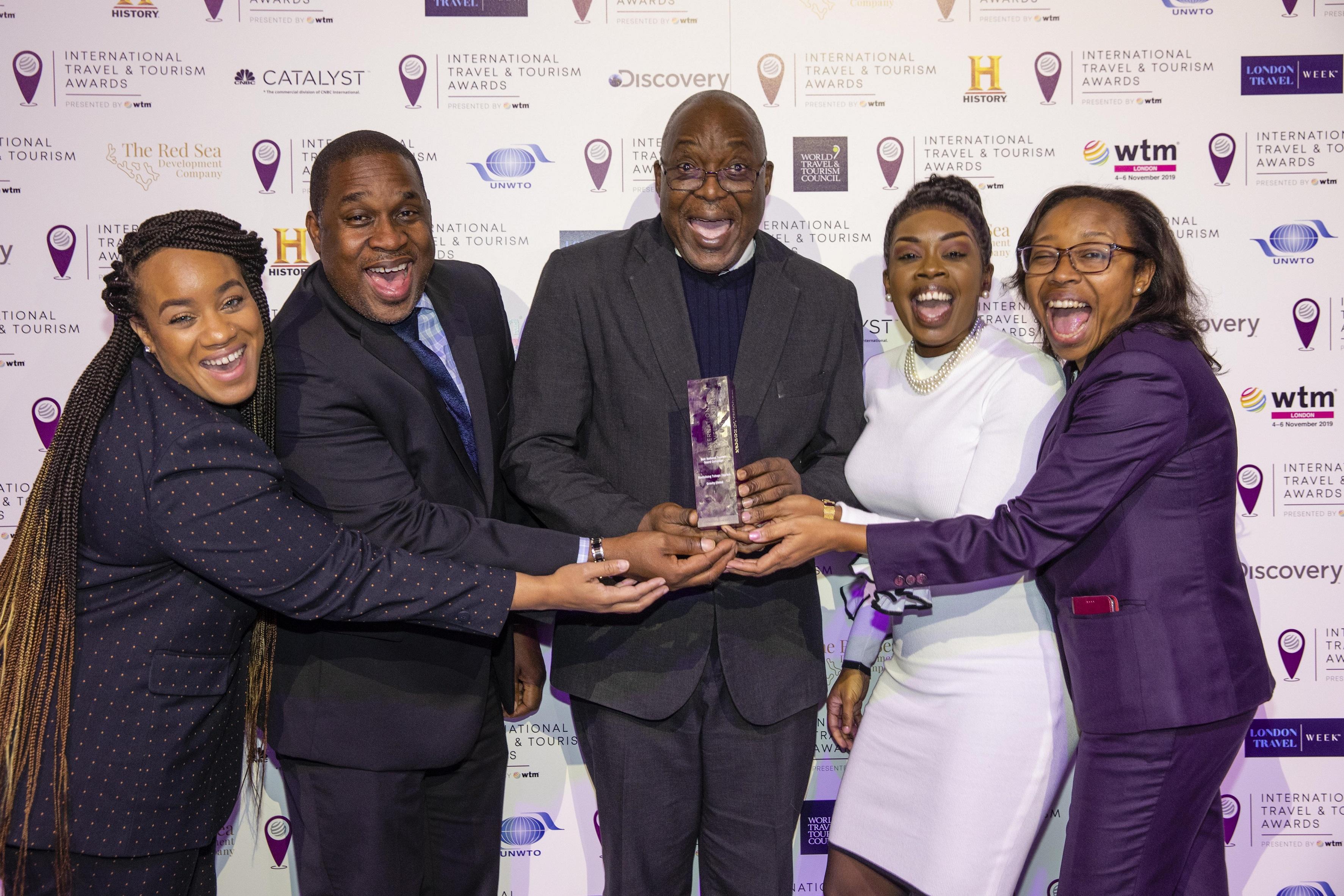 The Tobago Tourism Agency Limited’s destination marketing campaign, “Tobago Beyond”, won the Silver Award for “Best National Tourism Board Campaign” in the International Travel and Tourism Awards presented by WTM at Magazine London on Tuesday November 5, 2019.

“I am very excited about getting this award, and being recognised as second in the world. This accolade is bigger than just the Agency- it’s about where the destination is going and how we are comparing against global competitors.”

Commenting on Tobago’s incredible wins at the International Travel and Tourism Awards, the Chief Secretary stated:

“I think that this is a most wondrous and fantastic moment. After two years, the fact that a small island comprising approximately 65,000 persons, with a Tourism Agency only two years old, can husband the limited resources given to it and win in such a prestigious award setting says a lot for the potential of the people of Tobago, and of Trinidad and Tobago. I take this opportunity to commend and congratulate the Tobago Tourism Agency, the Division of Tourism, Culture and Transportation and the Secretary, all the stakeholders in the industry who have contributed, and of course those who are aligned to the Office of the Chief Secretary, for a collective effort that has resulted in what we are celebrating here tonight.”

Secretary Stewart-Phillips echoed the sentiments of the Chief Secretary and expressed her delight at Tobago receiving the internationally acclaimed awards.

“I am elated and extremely proud that the destination has received this notable silver award and highly recommended ahead of other top destinations in the world. These accolades are as a result of strategic branding, effective marketing and a collective effort. Tobago Beyond Ordinary has taken the world by storm, registering millions of impressions on social media and other digital platforms and this was all possible through the synergies and hard work of the Tobago Tourism Agency Limited and Gravity Global who were the creative minds behind this campaign.”