The Tobago Tourism Agency Limited’s destination marketing campaign, “Tobago Beyond”, has been shortlisted in the International Travel & Tourism Awards 2019 in the “Best National Tourism Board Campaign” and “Best Destination Campaign” categories. 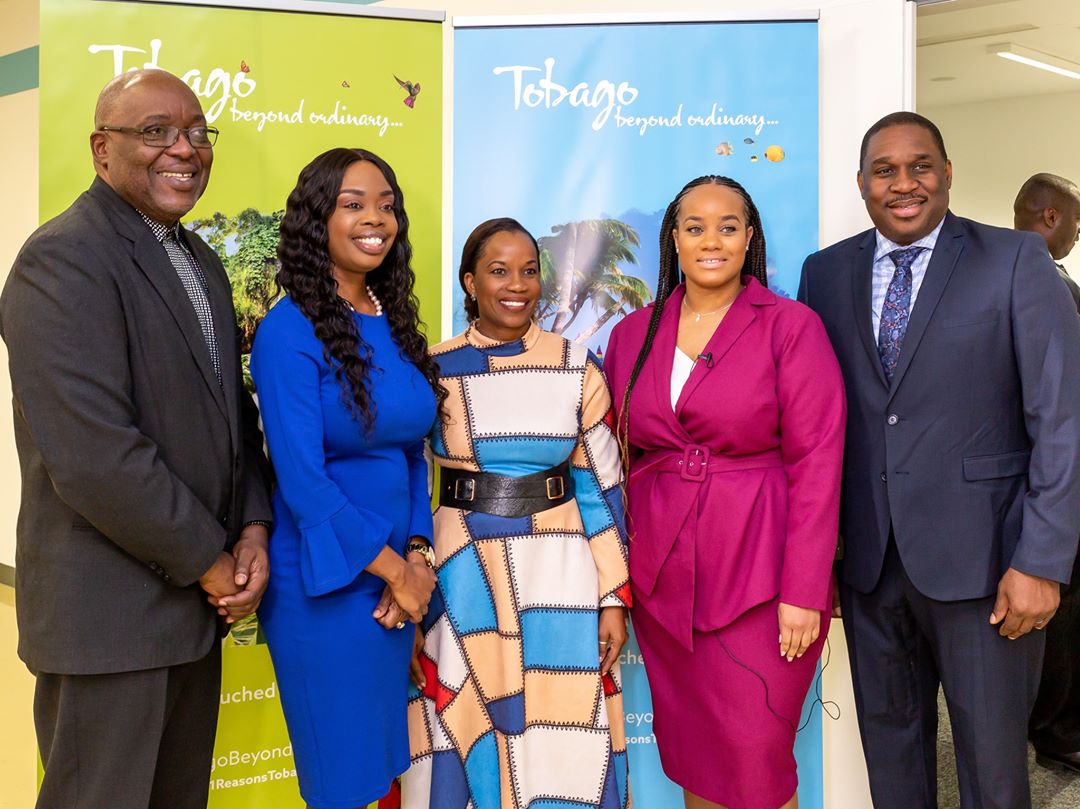 Presented by World Travel Market and supported by the United Nations World Tourism Organization, the International Travel & Tourism Awards are a global platform that recognizes and promotes excellence within the travel and tourism industry. The 2019 Awards Ceremony will take place on Tuesday November 05 in London, England.

The “Best National Tourism Board Campaign” award recognizes which destination showcased its vibrancy, culture and individuality through a consumer or trade campaign that leaves the viewer pushing the destination to the top of their bucket list, or wanting to return. The award for “Best Destination Campaign” looks at which destination’s campaign achieved volume and value growth in addition to encouraging visitation. The submitted campaigns were assessed using tangible metrics, including proof of audience engagement, budget, and obstacles and how they were resolved.

“Our judges have been greatly impressed by the exceptional quality of entries, and those who are on the shortlist know they have reached a very high standard – they will be among the best in the world.”

Tobago’s submission, “Revitalizing Tobago Tourism”, outlined the aim of the “Tobago Beyond” campaign, which is to revitalize the international appeal of Tobago as a real challenger holiday destination for those seeking a Caribbean holiday. With limited resources in comparison to other Caribbean destinations, focusing on specific markets and traveler segments was a key part of the strategy.

The submission also indicated that all of the campaign’s KPIs (Key Performance Indicators) have outperformed, and resulted in significant growth of arrivals in 8 months.

Commenting on the announcement of Tobago being shortlisted in the awards, Secretary for Tourism, Culture and Transportation, Councillor Nadine Stewart-Phillips said: “This accomplishment is another reflection of our continued commitment to advance the island's tourism sector. This is certainly testament to the fact that we are going in the right direction with respect to greater visibility for destination Tobago.

Since the launch, the ‘Tobago Beyond’ campaign has attracted tremendous local and international interest and has yielded substantial results. I am heartened that our efforts are being recognized globally and look forward to the continued positive returns this recognition will bring.”

Louis Lewis, CEO of the Tobago Tourism Agency Limited, also expressed his satisfaction with the news, stating: “We are honoured to be shortlisted for not just one, but two categories in these prestigious awards, due to the beyond ordinary marketing efforts of the Tobago Tourism Agency. Our intention has always been to enable Tobago to be a stand out destination in its own right using the island’s unique character and features to guide our creative and messaging exploration, and our recognition in these awards signify that our brand message is being received loud and clear.”