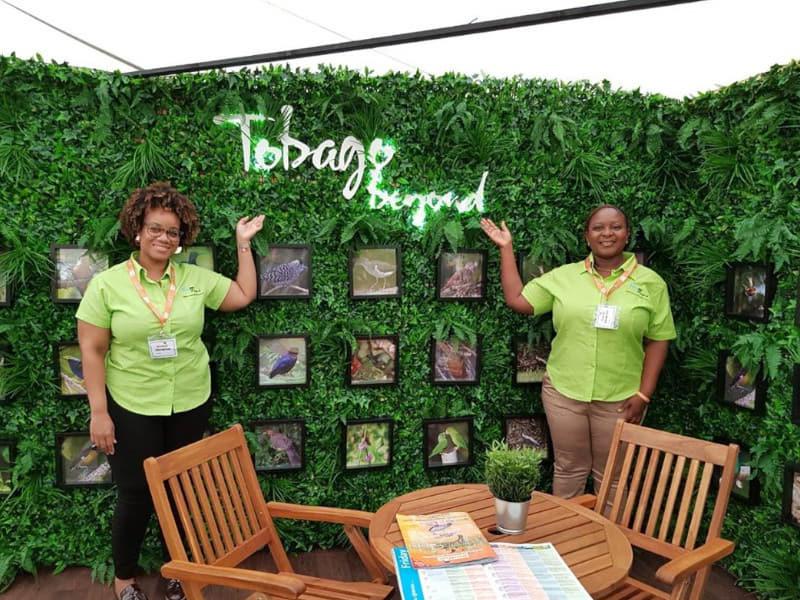 The Tobago Tourism Agency Limited (TTAL) represented the island at the British Birdwatching Fair (Birdfair) from August 16 to 18, 2019, in ongoing efforts to promote Tobago as a premier, globally competitive bird-watching destination and eco-holiday option in the United Kingdom.

The UK is notably one of the strongest source markets for birdwatching travelers, and the Tobago Tourism Agency’s targeting of travelers in that niche aligns with the destination’s strategic pillar of eco adventure and nature. Tobago has considerable assets to attract birding enthusiasts, as the island is ranked 5th per capita in the world by the National Audubon society and offers a variety and density of birds through accessible sites, which translates to good value for money. 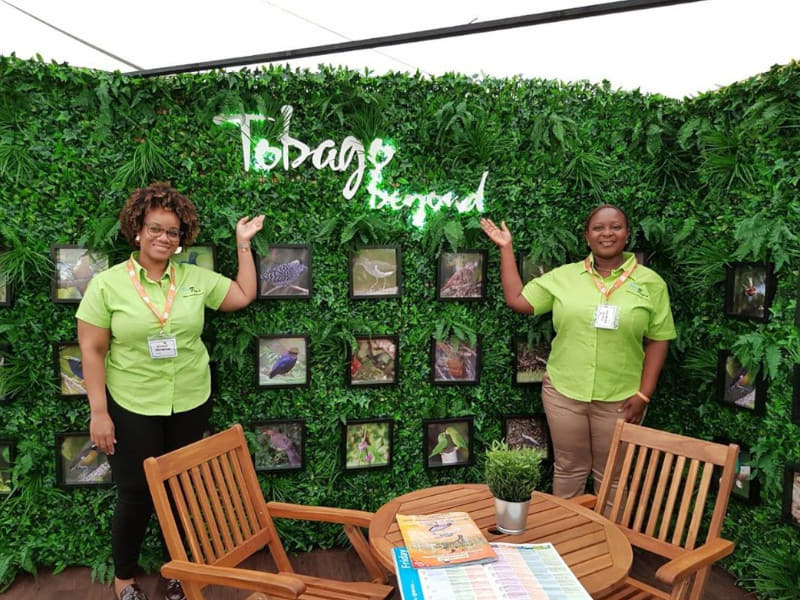 Birdfair 2019 was held at the Rutland Water Nature Reserve in Leicestershire, United Kingdom. The event is the largest of its kind in the UK, attracting over 23,000 visitors annually seeking out new ideas for destinations to travel to, equipment to try out and lectures to attend.

The team was able to educate birding enthusiasts and experts on the unique aspects of birding in Tobago, and highlight the commercial travel packages that are available to birdwatchers considering Tobago as a destination option. They also engaged in data collection to inform future marketing strategies, and met with UK Tour Operators, with the overarching goal of getting more UK visitors to book a holiday to Tobago.

As part of their marketing strategy at the event, TTAL also engaged BBC Wildlife Magazine to prominently feature Tobago in their official British Birdwatching Fair Guide- which allowed the destination to be exposed to 226,000 readers. The partnership with the BBC subsidiary also allowed Tobago exposure on digital platforms, with a “website takeover” and boosted social media posts.

Based on feedback from partners on the destination’s stand at the 2018 Birdfair, there were a reported 912 bookings to Tobago from the show to date - an increase of 40% from 2017 which recorded 650 bookings, illustrating a definite return on investment. These visitors also utilize supporting services in the tourism industry including accommodation, transportation and food, which spur additional economic activity for Tobago.

Marketing Coordinator Sheena Des Vignes said, “This particular visitor segment is very informed. Many of them already had Tobago on their list of birdwatching destinations to explore, and with the combination packages we offered on stand, we made it easy for them to see the range of experiences they could have. That helped to seal the deal in terms of them booking a trip to Tobago.”

Ms. Des Vignes also noted that the Tobago team was able to leverage the experiences of birders who previously visited the island to persuade potential visitors to book, as Tobago has a growing positive reputation within the UK birding fraternity.

“We had a stream of attendees share positive endorsements about their experience birdwatching in Tobago, which was a welcome and helpful addition to our activities at Birdfair. These visitor to visitor interactions really helped us to successfully sell the destination,” she said.